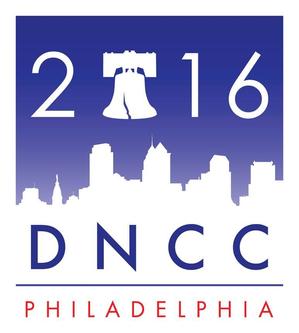 The Platform
The DNC Platform Drafting Committee is holding it's fourth and final public hearing before submitting the Party's plank of issues for passage at the convention.
When:  July 8th - 9th
Time:   8:00am - 4:00pm
Where: Orlando, Florida
Go to Dem Convention Platform Hearings to participate via skype video message, submit written testimony or request to testify in person. To see a full draft of what the hearings have generated so far, visit http://demconvention.com/platform/
DNC Caucus Meetings
While most of the official convention schedule has yet to be finalized, the schedule for the DNC's 20+ constituency caucuses are public. See our DemDaily on the Caucus Schedule!
The DNC convenes every four years to choose our nominee for President and VP, adopt the Party's public issues platform, and to vote on rules governing party activities and process for the next nominating convention. The Convention marks the end of the primary election period in June, and the kick off to the November 8, 2016 general election race for our 45th President.

The Pennsylvania Convention Center is booked for function space, but there are still exhibit tables available. For information, contact the DNCC today!

An anticipated 50,000+ people - including over 6,000 delegates and 20,000 media members - will attend, as well as thousands of elected and party officials, donors, activists, lobbyists, orgs, labor, celebrities and advocates. Another 35 million will tune in nightly by television.

August 1, 2018 Voters in next week’s August 7th Missouri primary election will be voting on a ballot initiative to overturn the state’s pending right-to-work law, which has major...

January 22, 2018 The US Senate reached a deal this afternoon to end the Government shutdown, voting 81 to 18 to extend, for the fourth time, a temporary funding bill – this one...

January 13, 2020 We are now 182 days away from the Democratic Convention in Milwaukee, Wisconsin — and the selection of our nominee for the 2020 race for the White House. Convention 101  The...