The Democratic National Committee released the first draft of the 2016 Party Platform -- the official plank of issues that define us as Democrats.

"The unprecedented decision to expand the drafting process of our National Party platform is reflective of our commitment to addressing the needs of all Americans. From the very beginning of this process I have said that finding common ground is not enough, together we must reach higher ground. We must fight for good paying jobs, reforming our criminal justice system and gun safety. The draft platform we have produced in an open and transparent manner reflects our priorities as Democrats and demonstrates our vision for this nation." -- Platform Drafting Committee Chairman & Congressman Elijah Cummings (D-MD)

The Way It Works
The document is produced by the DNC's 15-person Platform Drafting Committee, which develops and oversees the process for determining the Party's core statement of principles. 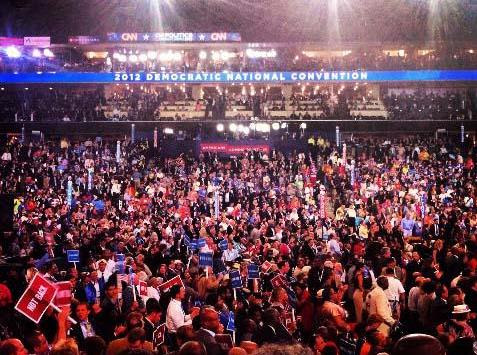 Under party rules the committee is appointed at the discretion of the DNC Chair, Debbie Wasserman-Schultz, who - in a departure from tradition - elected to allot 75% of the committee seats for appointment by the Clinton and Sanders campaigns, based on the % of the popular vote each received in the primaries (see DemDaily: Platform Committee Members).
In an additional effort to open up the process, the committee held an unprecedented series of public hearings to encourage the participation of Dems from all backgrounds, geographic and socio-economic walks of life.

The draft is based on the input from delegates, party officials and forum participants, and crafted to best represent the values and ideals of the Democratic Party as a whole.

- Includes the establishment of a $15 minimum wage
- Supports nationwide ban on the death penalty
- Includes broad marijuana law reforms
- Includes measures to make community colleges free of charge
- Commits to ensuring that Medicaid expansion under the ACA is fully implemented in all 50 states (an expansion which 20 states have not yet adopted)
Download The Full DNC Draft Platform
This draft will now go to the full Platform Committee for final approval at the July 8th & 9th meetings in Orlando, Florida.  The document approved by the full Platform Committee, which consists of 187 members from across the country, will be presented for ratification at the Democratic National Convention in PhiladelphiaJuly 25-28th.
DNC Full Platform Committee Meeting
July 8th @3:00pm &
July 9th @9:00am
Doubletree Hilton/Universal Orlando, Citrus Ballroom
5780 Major Boulevard, Orlando, Florida 32819
Three weeks until Philly. Check the DemList Convention Calendar for all events at the Convention (already over 100 posted) and watch for our
Daily updates.  Pass it on!
DemList
Connecting you to The Party
Connecting you to Each Other
Kimberly Scott
Publisher

Our first glimpse at the Trump effect on the electorate may come as soon as April when the first of five “special elections” will take place to fill the terms of Members of Congress...