Less than three weeks out and over 100 events on the DemList Convention Calendar! Among the many private events are some that offer convention-goers an affordable opportunity to attend and meet some of our Party's notables.

One of the Highlights! 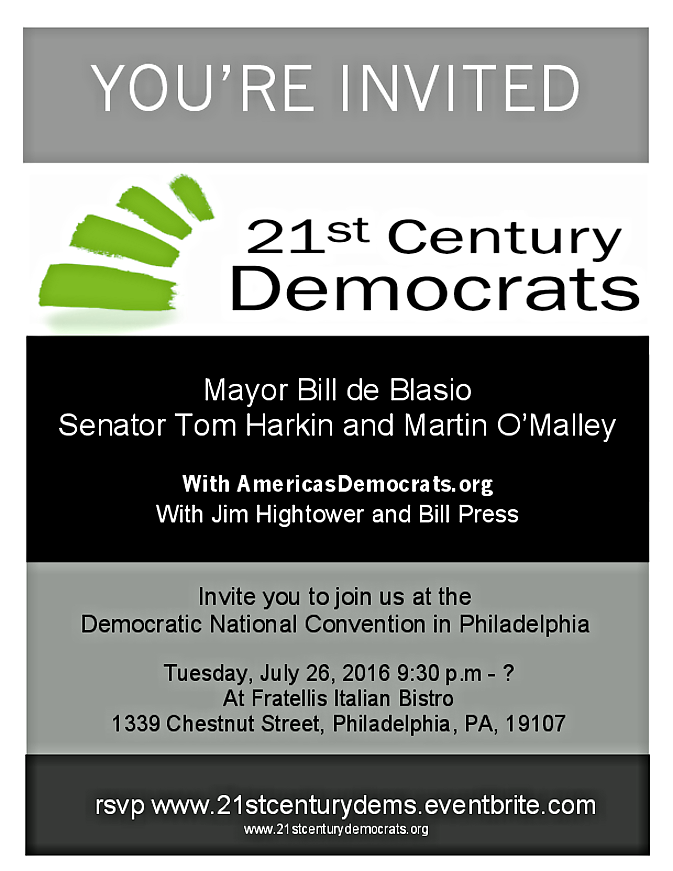 21st Century Democrats, which has been fighting for progressives for over 30 years, is kicking it up at the convention on Tuesday night.

Twenty-First Century Democrats is a political action committee dedicated to training progressives and building a network of populist Democrats who stand up for America's working families.

They focus on Democratic leaders who can move up to higher office at every level and who represent the tradition of these Democrats and others like Barbara Boxer, Raul Grijalva, John Lewis, Al Gore and Paul Wellstone.

Buy your tickets in advance. Space will be limited!
As the central source for the who, what and where at the convention, DemList will keep you informed!