DemList is a free national daily political column and resource site dedicated to the mission of educating and informing Democrats, allies and followers about the issues, politics and the players.

A unique, central resource that connects people to the who, what and where of Democratic events and activism.

Of perhaps greatest importance is DemList as a vehicle for messaging to decision makers, thinkers and activists nationwide regarding issues, organizing, services and up-to-date information alerts affecting the Party, allies and the voters.

The people you want to reach, influence, inform and engage – at the national, state and local level. 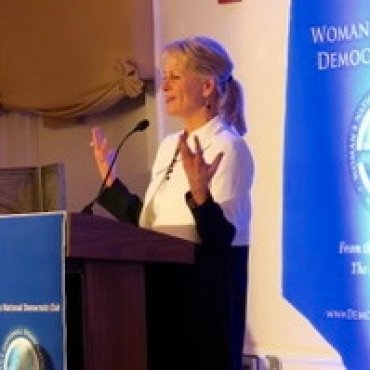 Kimberly Scott is Founder and Publisher of DemList, LLC, a free national daily political column, calendar and resource site for Democrats and allies - a unique, central source that connects people to the who, what and where of Democratic events, issues and activism.

"The List" was originally developed for clients by Democratic political consultant Kimberly Scott as an informal calendar of events for the 2008 Democratic Convention. The list “went viral” and quickly became the comprehensive insiders’ source for Party leaders and watchers through the historic 2009 Inaugural Celebration of Barack Obama.

Due to popular demand, the formally-branded "DemList" Calendar and DemDaily political column were launched for the 2012 Presidential and Convention and 2013 Inaugural celebrations.

DemList re-launched in 2015 as a permanent daily resource, and served again as the 2016 Democratic Convention Committee’s recommended source, the central site for the 2017 Alternative Inaugural events, and as a partner of the Women's March on Washington.

The DemList site features different resources, including the Calendar State Pages which provides all state-by-state elected officials and party links.

The DemDaily political column is now followed by an engaged and loyal audience of self-subscribed national and state Party leaders, delegates, donors, fundraisers, lobbyists, labor, press, celebrities and activists from every state, the territories and by Democrats abroad in over 50 countries.

In addition to the daily updates on the issues, the politics and the players, DemList hosted the featured 2020-2021 national Convention, Election and Inaugural Calendars.