DemDaily: Back in The Game. Planet Earth

DemDaily: Back in The Game. Planet Earth

Today marks the 51st anniversary of Earth Day, and the planet is pleading for us to listen. 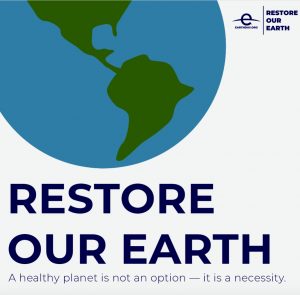 Restore Our Earth
While the pandemic provided an initial reprieve from the daily pollution and environmental impact of mass transportation, manufacturing and energy consumption, the raging wildfires, ferocious hurricane season and climate catastrophes of the last year are a stark reminder of the damage already caused to the planet.

"At the heart of Earth Day's 2021 theme, Restore Our Earth, is optimism, a critically needed sentiment in a world ravaged by both climate change and the pandemic," said Earth Day President Kathleen Rogers.

Background
First held in 1970, Earth Day is considered the launch of the modern environmental movement. The concept of honoring the Earth was originally proposed by peace activist John McConnell at a 1969 United Nations Educational, Scientific and Cultural Organization (UNESCO) meeting, and later sanctioned by the UN. 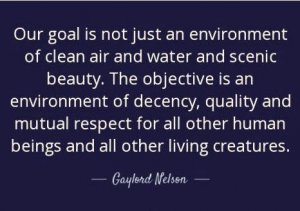 Senator Gaylor Nelson was awarded the Presidential Medal of Freedom

In the United States, Earth Day was founded by US Senator Gaylord Nelson (D-WI) as an environmental protest on April 22, 1970, when thousands took to the streets to bring global ecological awareness of the negative impacts of 150 years of industrial development.

In 1990, Harvard University professor Denis Hayes, the original national coordinator in 1970, took it internationally with events in 141 nations.

On Earth Day 2016, the landmark Paris Agreement was signed by the United States, China, and some 120 other countries, formalizing the historic climate protection treaty adopted by the consensus of 195 nations at the United Nations Climate Change Conference in Paris. 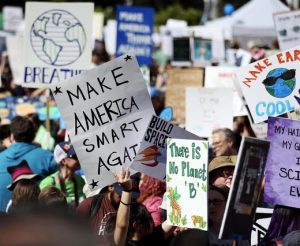 In June 2017 President Donald Trump, who campaigned against climate change as "a hoax," officially withdrew the United States, the world's second-largest producer of carbon emissions, from the Paris Agreement. Trump's administration oversaw the largest rollback of protections for our natural resources, environment, communities and our climate in history.

Back in the Game
On January 20, 2021, day one of his administration, President Joe Biden signed an executive order reinstating the United States into the Paris Agreement, and reversed several of Trump's actions that had weakened environmental protections. 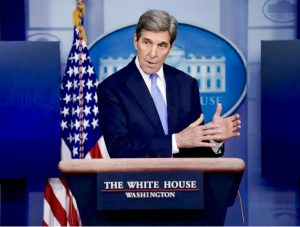 Today, Biden is hosting the Leaders Summit on Climate to underscore the urgency, and the economic benefits, of stronger climate action.

The Summit is a significant symbolic step in fulfilling Biden's campaign promise to restore the United States' credibility on the international stage, and recommit our country to global efforts to stem the devastation of climate change.

At the top of the list is the effect of carbon emissions, the single largest factor in contributing to global warming, and which is expected to surge this year as parts of the world begin to rebound from the coronavirus pandemic.

Scientists have underscored the need to limit planetary warming to 1.5 degrees Celsius in order to stave off the worst impacts of climate change.

The United Nations' State of the Global Climate report, released last week, showed the global average temperature in 2020 was about 1.2 degrees Celsius above the pre-industrial period, ranking it somewhere in the top three hottest years alongside 2016 and 2019.

"We are on the verge of the abyss... We are seeing record levels in tropical storms, in the melting of ice sheets or glaciers, in relation to drought, heatwaves and wildfires," said UN Secretary-General Antonio Guterres of the report.

The US Leaders Summit lays the groundwork for the United Nations Climate Change Conference (COP26) this November in Glasgow, the 26th conference of its kind. It will also mark the third meeting of the parties to the Paris Agreement (CMA3).

June 4, 2021 The RFK Human Rights Book and Journalism Awards were presented yesterday, offering a spotlight on some of the most compelling works of the last year. From the novice high school and...