The release of March fundraising figures, the first since Joe Biden became the presumptive Democratic nominee, underscore the massive money advantage President Donald Trump has over the former Vice President, with a $71.6 million difference in cash-on-hand between the two campaigns. 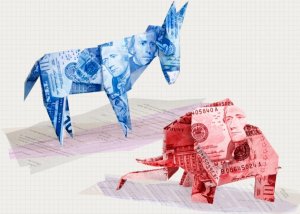 As the incumbent President unencumbered by a primary challenge, Trump's campaign has amassed a war chest of over $250 million since beginning his reelection campaign just days after taking office.

Behind the Numbers
While Trump's three-year headstart in fundraising may prove insurmountable, the money race does not necessarily reflect the political playing field between the two.

Since Biden became the presumptive nominee at the beginning of March, he nearly tripled his February fundraising haul and outraised Trump last month, $46.7 million to the President's $13.6 million.

Almost 60% of that was raised in the first 15 days of the month, prior to the full impact of the pandemic on the nation's economy. Trump experienced a 4% dip in monthly fundraising.

In what is essentially the beginning of the general election campaign, with the Democratic nominee determined almost seven months ahead of the election, Biden and the DNC are well-positioned to reap the rewards of Democratic supporters anxious to see an end to the Trump regime. 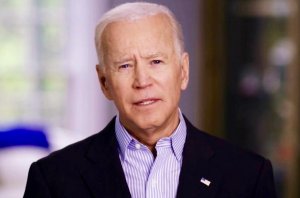 Outside Influence
The campaign and party numbers, however, do not reflect the substantial efforts of outside groups that are doing their own fundraising and pouring hundreds of millions of dollars into online and television advertising.

Both Biden and Trump are backed by Super PACs, which are independent organizations that are legally prohibited from directly coordinating strategy with the campaigns themselves, but that may raise and spend unlimited sums to try to influence the outcome of elections.

Priorities USA received its biggest donations in March from the League of Conservation Voters Victory Fund ($2 million) and $500,000 each from three labor unions: AFSCME, Service Employees International Union and the American Federation of Teachers.

Priorities USA plans to spend $200 million this year and has so far outspent Trump's campaign on TV and digital platforms in key states. The group, originally created in 2011 for President Barack Obama's re-election, got a nod from Biden in a statement last week, but his campaign has clarified that "other independent groups can and will play" a major role. 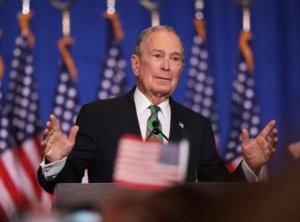 Unite the Country recently announced a partnership with American Bridge, with the goal of raising $175 million. The alliance is co-chaired by former Michigan Governor Jennifer Granholm and former Massachusetts Governor Deval Patrick.

July 15, 2019 While the public and pundits are focused on the viability of Democratic presidential contenders through their fundraising and polling numbers, another sign of early credibility is...

January 23, 2023 Unlike the US House, which is still facing a few battles over committee assignments, the Democratic-controlled Senate has made a peaceful transition to its new leadership and...

Tonight’s “first in the nation” Iowa Caucuses kick off the Presidential nomination process.