Confirmation hearings for the President-elect's Cabinet nominees began Tuesday, along with some fodder for the drama-seekers.

The Highlights
Sessions
Sessions, who was rejected for a Federal Judgeship in 1986 amid charges of racism, faced scrutiny on his civil rights record by both colleagues and a number of protestors throughout the hearing. 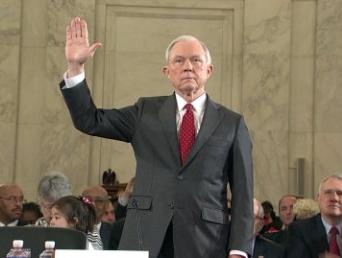 Senator Cory Booker (NJ) became the first sitting senator to testify against a fellow sitting senator in a cabinet confirmation hearing. "His record indicates that we cannot count on him to support state and national efforts toward bringing justice to the justice system," Booker said.

Joining him on the final panel of the day were Congressional Black Caucus Chair Cedric Richmond (D-LA) and Congressman John Lewis (D-GA).

Richmond: "Simply put, Senator Sessions has advanced an agenda that will do great harm to African-American citizens and communities." Richmond also noted that the fact that his testimony, and that of Booker and Lewis, were the last to be scheduled was equivalent to "being made to go to the back of bus."

Lewis: "It doesn't matter how Senator Sessions may smile, how friendly he may be, how he may speak to you," he said. "We need someone who's going to stand up, speak up and speak out for the people that need help." 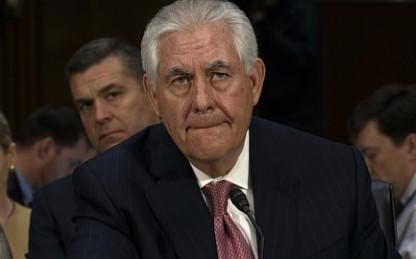 Tillerson, who is among the most controversial nominees, faced tough questioning from Dems and Reps, including Senator Marco Rubio (R-FL) on Tillerson's refusal to acknowledge war crimes and human rights abuses by several countries, including Russia.

Senator Tim Kaine (D-VA) took Tillerson to task on his view of climate change science as "inconclusive," asking Tillerson about allegations of Exxon Mobil's decision to fund and promote a view contrary to its awareness of existing science. Tillerson declined to comment.

December 21, 2020 The Presidential Inaugural Committee (PIC) has released more details on the inaugural festivities surrounding the historic inauguration of Joe Biden and Kamala Harris as our 46th...