The convention draws some of the greatest talent worldwide including many of today's most distinguished authors. 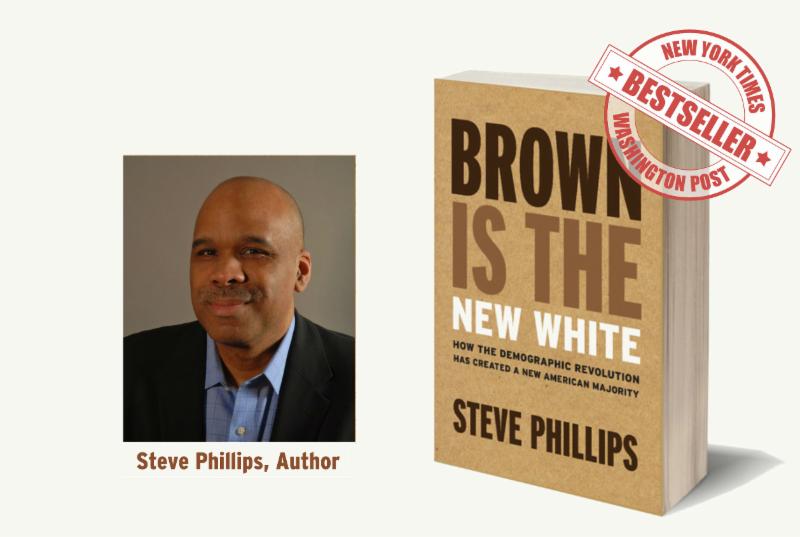 Among the notables in Philly this week is Steve Phillips, author of NY Times bestseller "Brown is the New White: How the Demographic Revolution Has Created a New American Majority."

The book, which also soared to the top of the Washington Post's bestseller list, takes an unvarnished look at the history of whites and people of color in America, revealing how the past has created current conditions that have revolutionary implications for U.S. politics in 2016 and beyond.

Phillips, who is the founder and editor-in-chief of Democracy in Color, a multimedia magazine on race, politics and the New American Majority, will be in Philadelphia this Thursday for a book signing!

About the Book
The explosive population growth of people of color in America over the past fifty years has laid the foundation for a New American Majority  consisting of progressive people of color (23%) and progressive whites (28%). These two groups make up 51% of all eligible voters in America today -- and that majority is growing larger every day. Phillips unveils this truth, while exposing how far behind the curve Democrats are in investing in communities of color.

More About the Author
Steve Phillips is a national political leader, civil rights lawyer, senior fellow at the Center for American Progress, and is co-founder of PowerPAC+, a social justice organization dedicated to building a multiracial political coalition. He was named one of "America's Top 50 Influencers" by Campaigns and Elections magazine and has appeared on multiple national radio and television networks including NBC, CNN, MSNBC, Fox News, and TV One. He is a graduate of Stanford University and Hastings College of the Law.

Praise For the Book
"A must-read for anyone seeking to make change happen, from small towns to the halls of Congress to the White House." - John Podesta, former chief of staff to President Bill Clinton and former counselor to President Barack Obama

"Steve Phillips has a deep understanding of how the Civil Rights Movement changed America. His book sparks an important conversation about what increasing racial and cultural diversity will mean for American politics and policy." - Senator Cory Booker

"Steve Phillips has provided a vital roadmap to a more hopeful, more inclusive America. Let's pay attention to this important book as we gear up, in 2016, to use our votes to make real change." - Van Jones, founder of the Dream Corps, CNN contributor, and author of The Green Collar Economy and Rebuild the Dream

"In this compelling new book, Steve Phillips lays out the plain facts regarding why progressives must act now to turn America's changing demographics into a political majority that could lead our nation for decades to come." - Congressman Mark Takano

Stop by Thursday, buy a book, get it signed and find out from Steve what his thoughts are on this year's election, the state of race and politics in the country today!

As the central source for the who, what and where at the Convention and democratic politics, DemList will keep you informed!

June 5, 2017 “Arthur Schlesinger, Jr. called him “the most creative man in American public life.”  Ronald Reagan said, “He aroused the comfortable. He exposed the corrupt...